Trading reversal is like catching a falling knife, One must know when is the turning point of a trend. Many peoples like to trade Reversal, because of the great Risk to Reward ratio. But it is very difficult to timing the "turning point" and enter just when the trend is reversing.

There are two things to think about when catching a Bottoms or Tops: Is it a Reversal ? or is it a Retracement ? as We know, Reversal and Retracement are two very different things, in a Retracement price movement is only slowed down before it continue, but in Reversal the price will keep moving in the opposite direction until it reach the beginning of the trend.

In a Reversal price will not directly moves to the opposite direction in one go, but instead it will moves in stages, step by step until it reach the beginning of the Trend movement. Trading Reversal is considered the Most difficult trade to make because: 1. It is difficult to find the entry, 2. It is difficult to hold the trade.

Consider the illustration below for a Reversal Trade 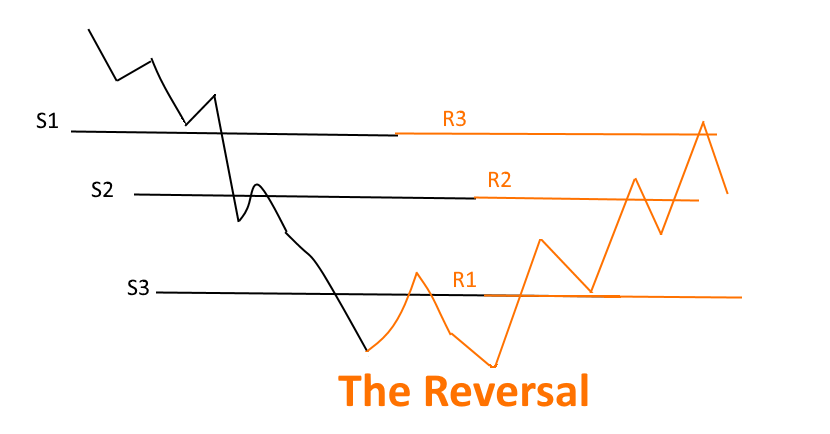 In the resistance Zone, the Trader will have the feeling of Uncertainty whether the price will continue to goes up or keep falling down. It is a burden for the Trader Mind to see some of the profit gone because the price will not soar up directly like a rocket, but instead will ripple like water in river and slowly goes up.